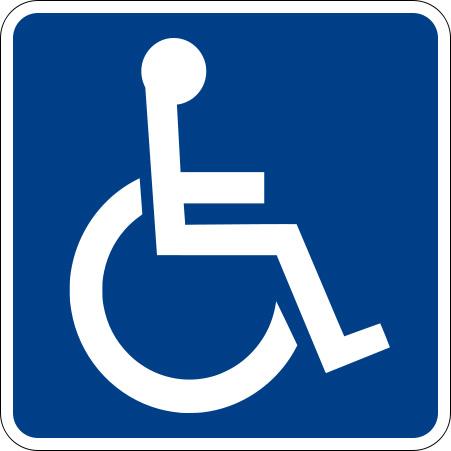 This sign was created to indicate handicap accessible places, such as bathrooms. Wikimedia Commons.

Before the American Disabilities Act was signed: 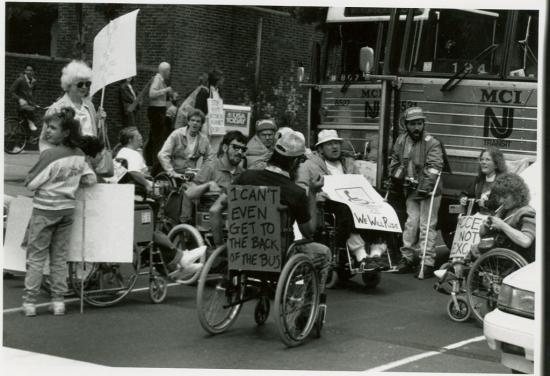 People with disabilities fighting for their rights. Courtesy of Tom Olin, photographer 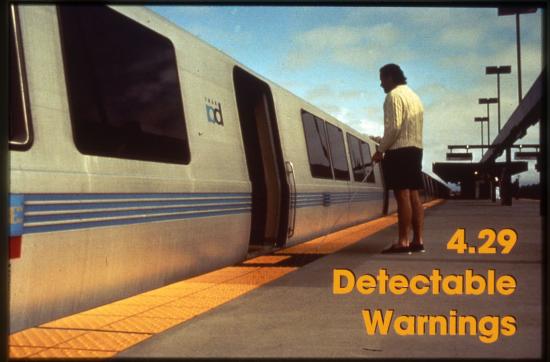 Surface changes underfoot, as a way to signal the need for caution, are now required in many environments. Division of Medicine & Science collections.

Want to learn more? Here’s a short list of new laws initiated by the ADA:

You can find the full text of the ADA here.

Samantha Lombard is an undergraduate History and Art History Major at the University of Massachusetts Amherst.