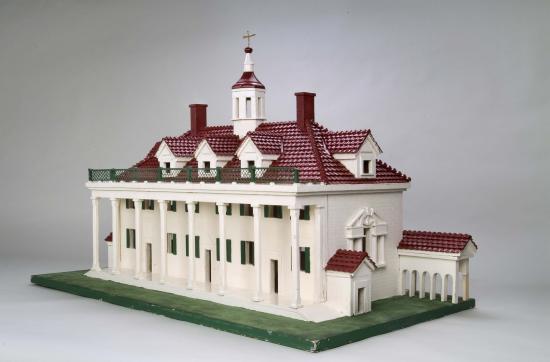 Tactile model of George Washington’s Mount Vernon from the late 1930s. This object is in the museum’s Division of Medicine and Science.

Don’t touch the objects! Many people who have visited a museum have encountered this awful phrase. Charged with preserving the condition of museum collections, curators and museum staff strive at all costs to ensure the safety of the objects in their exhibitions. This usually means concealing priceless artifacts behind glass cases, far from the hands of the public. But what if the public cannot access the information without their sense of touch? Thousands of visually impaired visitors need alternative methods for accessing the objects and information featured in museum exhibitions.

Audio tours can provide visitors with information, but they cannot fully replicate a visual sensory experience. Tactile exhibitions that emphasize touch translate the sensory experiences of a museum to visitors with low-vision as well as others who learn by touching. These exhibitions enable visitors of varying visual capacities to actively engage the materials and lessons of a museum. In the years since the passage of the Americans with Disabilities Act (ADA) in 1990, museums have increasingly made their exhibitions more touchable and interactive. This trend has improved the overall museum experience for everyone.

Educators have long used tactile learning concepts to teach students with low-vision. In the early 20th century, schools for the blind incorporated scale models of historic structures into their lesson plans. Students used these tactile models to feel their way through history and imagine the spaces of the past. The museum’s collection includes a wooden tactile model of the main house at George Washington’s Mount Vernon plantation. The model was used by students at the Michigan School for the Blind during the late 1930s. 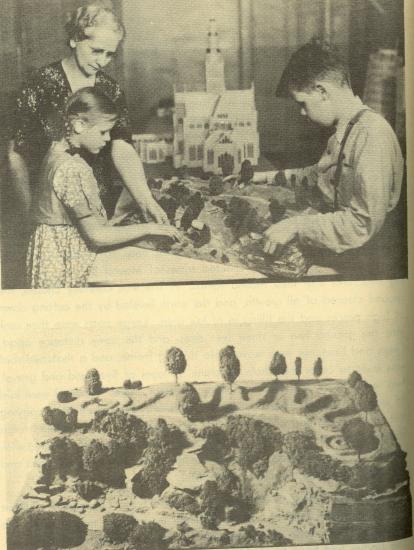 The tactile model may not offer an exact replica of the mansion, but it does offer advantages the original site cannot. By holding the president’s home, students can grasp the intricacies and details of colonial spaces. They can learn nuances inexpressible in only written or visual depictions. Tactile models allow people to take the past into their own hands.

Contemporary museums have returned to this concept and have begun to explore entire tactile-based exhibitions. In 2007, the Arizona Capital Museum introduced a touching exhibition for children on Arizona’s state symbols. The exhibition featured braille images on rotating tiles with relief sculptures. The exhibition was accessible to children with limited vision, and also appealed to anyone with an active imagination.

Exhibitions that are both accessible to people who are blind and also highly interactive literally go hand-in-hand. The Penn Museum in Philadelphia used tactile techniques in its “Insights into Ancient Egypt” touch tour program to bring to life the wonders of ancient Egypt. Docents with different visual abilities led the tours, and visitors were able to handle replicas of ancient Egyptian tools used in mummification. The art world has also begun to incorporate tactile features into the curation of renowned paintings. The Museo del Prado in Madrid has started to exhibit three-dimensional copies of its masterpieces. These models allow visitors to trace the elaborate contours of famous paintings with their bare hands.

The advancements of digital technology have further increased the viability of tactile exhibitions. In an analog world, curators could only print their information on flat, two-dimensional surfaces that neither helped people with low vision nor promoted active engagement. Text can be boring regardless of visual ability. Modern three-dimensional printing allows curators to print accurate replicas or scaled versions of their rare artifacts. Curators can use the technology to produce easily duplicated models that people can touch. This allows visitors to interact with an exhibition’s objects while ensuring the safety of the original pieces. Museums can appeal to wider audiences while also preserving their collections. The Smithsonian has already started to use three-dimensional printing to interpret the Cooper Hewitt Mansion. Tactile exhibitions can effectively reconcile the interests of museum visitors with the preservation obligations of museum staff. 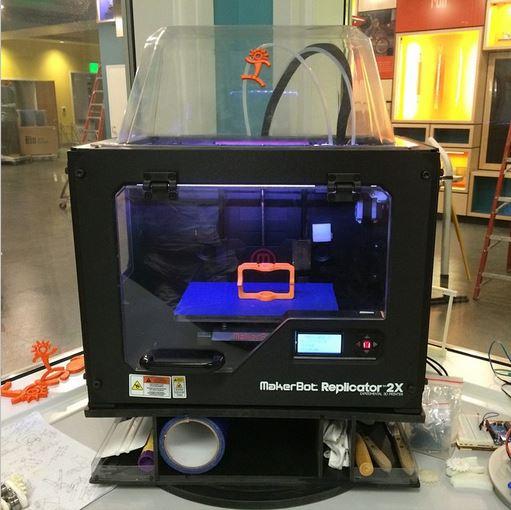 Three-Dimensional Printer at the “Skark!Lab” in the Smithsonian’s Lemelson Center for the Study of Invention and Innovation.

One of the challenges with tactile models is that they are often produced for people with low-vision by people who have high-vision. The models make sense to people who can see them, but do they make sense to people who can only touch them? Designers can overcome this discrepancy chiefly through outreach and collaboration. By including people with low-vision in the production process, designers with high-vision can better translate their visual knowledge into the spatial frameworks of low-vision thinkers. Tactile models function as an interface between cultures of perception. One perspective does not take precedence over another. Tactile exhibitions can initiate dialog between people with different understandings of the world. Together, they can create new perspectives of the past.

Nonetheless, tactile-based exhibitions do not offer a perfect panacea for the problems of curation. No technical approach can eliminate the controversies of interpreting human culture. For example, the tactile model of Mount Vernon reflects the prejudiced paradigms of its era. In the early 20th century, American schools and museums privileged the lives of famous founding fathers over the experiences of ordinary people, women, and people of color. In the 21st century, educators and museum staff must also represent the people who labored to build and maintain such imposing structures. Professional staff can still present a model of George Washington’s mansion to the public, but they must also take into account the slave cabins where most of Mount Vernon’s inhabitants lived and the inequality that facilitated Washington’s opulence. Tactile models present an excellent tool for museum curators, but tactile exhibitions are only as effective as the messages they convey.

Curator and exhibition teams use tactile exhibitions to interpret the past for people who perceive the world differently. Not everyone can visualize an ornate painting, and not everyone shares the same aesthetic taste. Some people prefer to experience the world through their hands. By handling objects, people with high and low vision can form new connections unavailable through sight alone. Tactile exhibitions thus allow everyone to learn more. By making exhibitions accessible to people with limited vision, curators also improve the museum experience for everyone.

Charles Weisenberger is a graduate student in the public history program at the University of Massachusetts, Amherst.